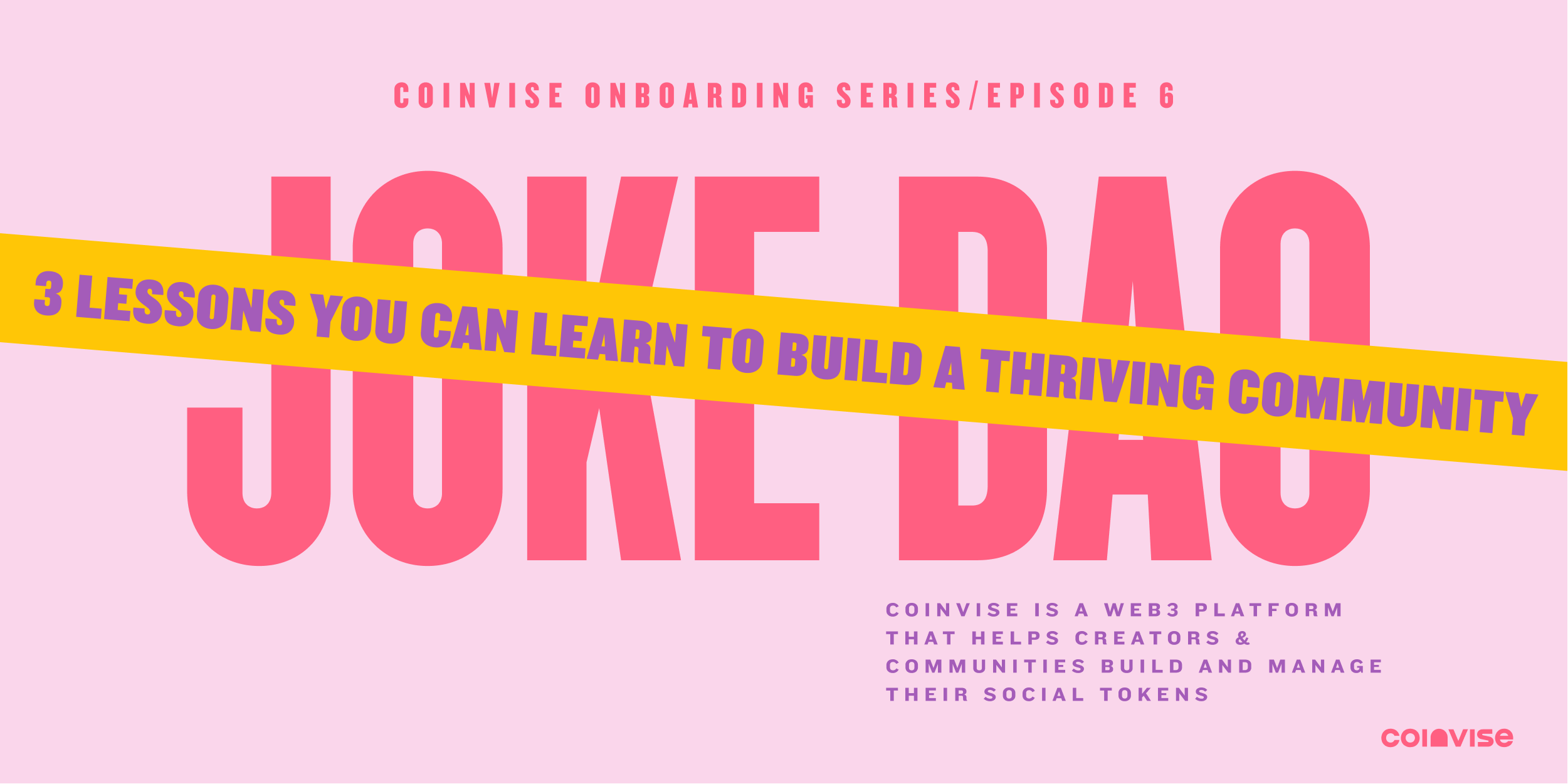 Hey everyone - we're back with another edition of our Concept Thursdays 👋

Today I'm going to show you 3 community building lessons I learned from JokeDAO.

So I thought I'd analyze their strategy, and I ended up finding 3 interesting things they've put in place that I think have greatly contributed to their success.

After these hours of research, it's time to share my findings with you:

Takeaway #1: They Took A Hard Problem.. And Made It Fun.

Governance is not fun. Jokes are.

So JokeDAO decided to innovate in governance by organizing each week a contest called the Jokerace. In this contest, anyone can submit jokes on Thursdays and vote on them with $JOKE, the DAO currency, on Fridays between 12-1 pm ET.

The rules of this contest are simple.

That looks awesome.. but why would the #2 most voted joke win, not the 1st..?

What makes the Jokeraces so exciting and fun to watch is that two pieces make it challenging to win:

And you start to understand the mechanisms.

You want to form teams but don't want a team too big to win - otherwise, the joke you vote for will finish 1st, and you'll all lose.

They're basically gamifying money while exploring the frontiers of online governance.

And this is a big takeaway from JokeDAO.

It can be a really ambitious problem you're trying to solve or something so specific very few people are interested in, but if you're making the whole experience fun, people will join anyway.

Takeaway #2: They Collaborated With A Wide Range Of Creators In The Space.

Beyond a simple joke contest, JokeDAO is actually a governance game engine allowing an emergent process for governance. They finally allow a more flexible governance system, one where decisions are truly brought and taken by the community and where everything is done on-chain.

Anyone can submit entries, vote on them, and coordinate, opening plenty of new possibilities for online governance.

To prove their case, they're partnering with multiple communities, creators, and companies in Web3, exploring the frontiers of what's possible.

They've, for example, recently collaborated with Packy McCormick, one of the most famous Web3 writers, allowing his community to vote on the topic of his next article.

Another successful collaboration they made recently was with Rehash, a Web3 podcast, where they allowed listeners to choose the next podcast speakers.

The true power of JokeDAO is yet to be discovered, but we can already envision communities and creators using their tools for:

And this is my second takeaway. If you want to succeed in Web3, you need to collaborate with other communities and creators, helping them do things they couldn’t alone.

They’ve built JokeDAO with the goal of creating something that would’ve been impossible in Web2.

They create a new token each week and airdrop them to each members so they can vote on the best jokes.

This new model, made possible by the fact that all the actions are taken on Polygon (L2), completely reinvents how social tokens are used.

Any DAO can now say, "what features do you want us to build?" and let their community submit entries for the things they want to see.

Because JokeDAO came up with something "truly" revolutionizing and only possible leveraging Web3 capabilities, their tools became quickly adopted by many communities.

So if you create a tokenized community, make sure to build something that would be impossible in Web2.

In one quick article, you learned 3 lessons that helped JokeDAO succeed.

I hope these tips are helpful as you continue your community-building journey!

If you have any specific questions, please join our Discord and put your questions in the #asks channel 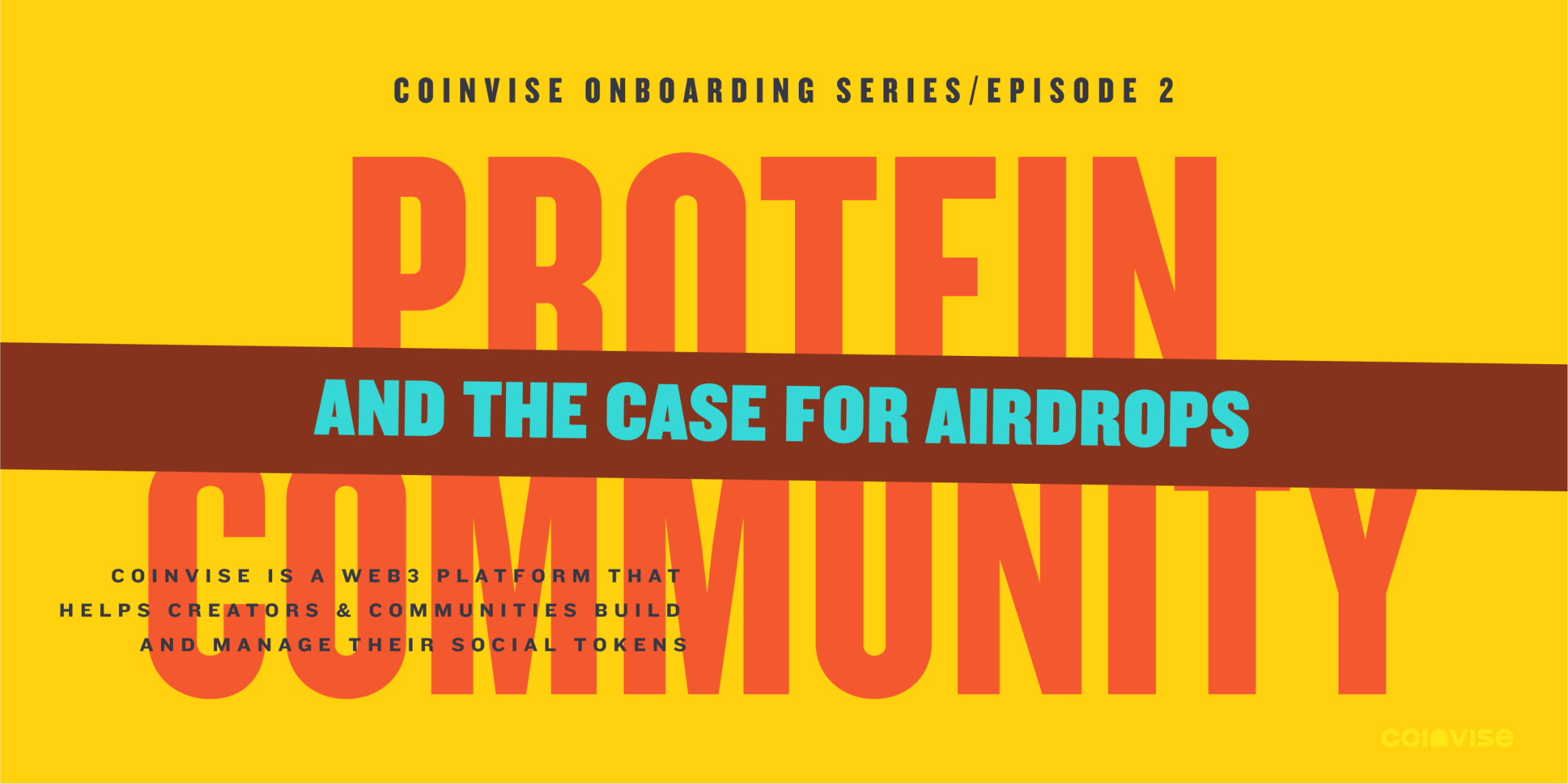 Protein Community and the case for Airdrops
Next 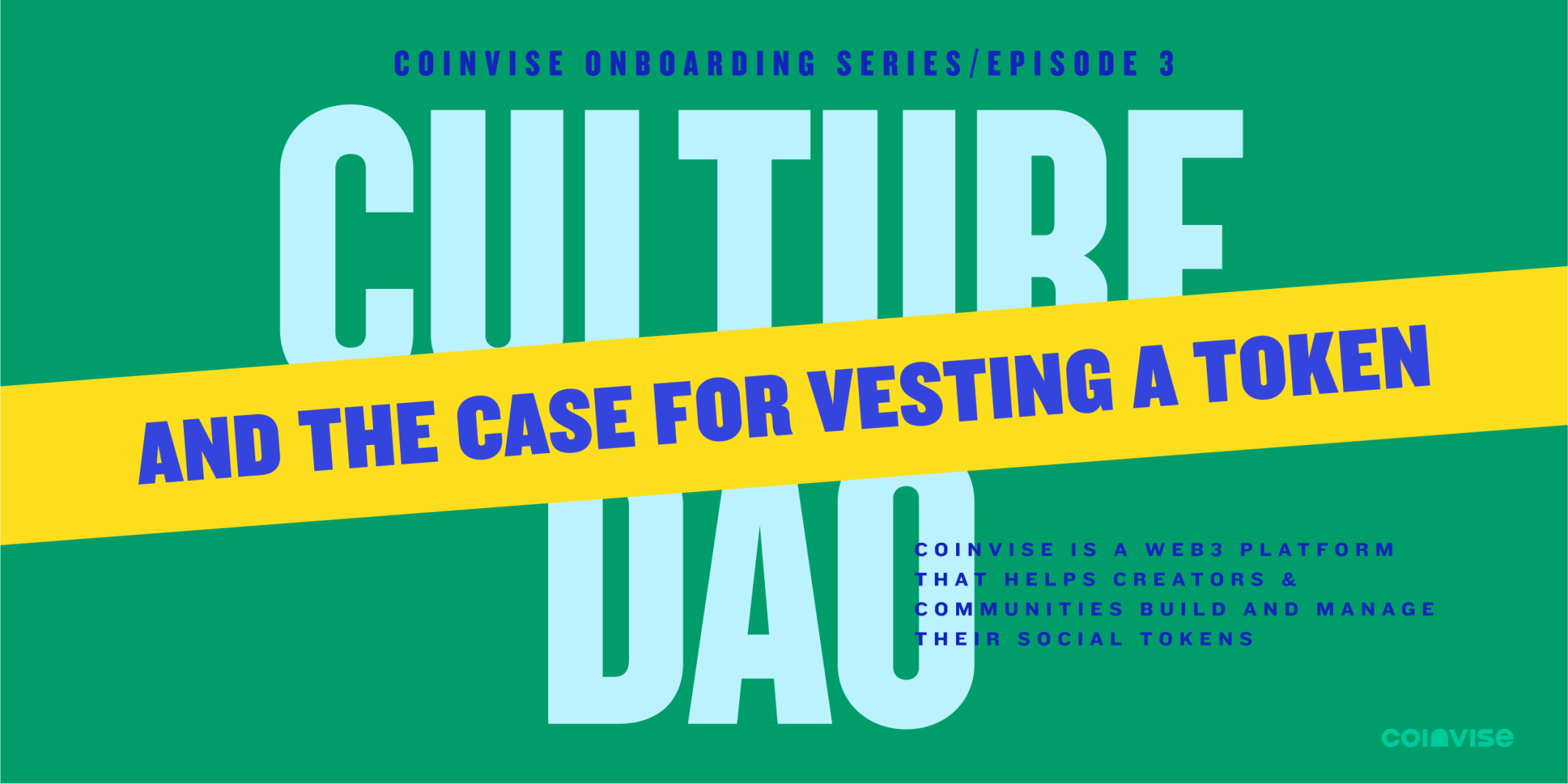